There is an estimated four million Indian-American population of which about 2.5 million are potential voters in the November 2020 presidential election 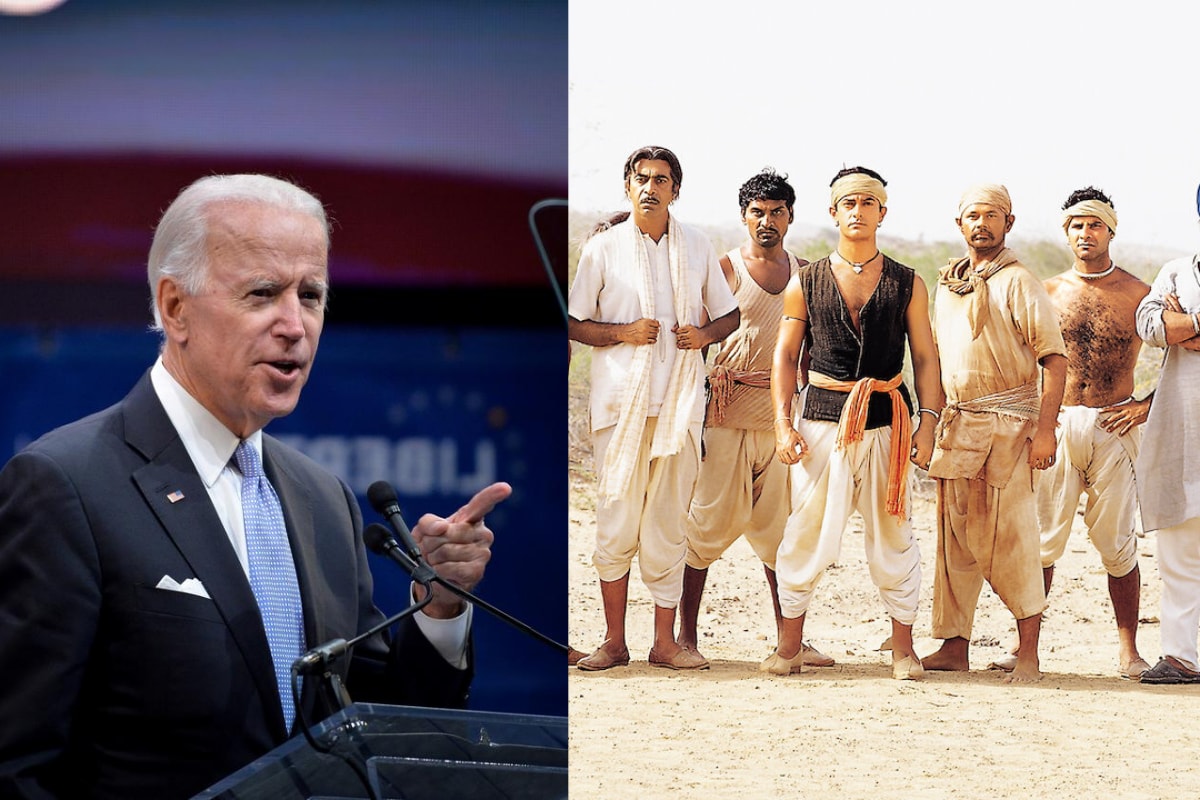 There is an estimated four million Indian-American population of which about 2.5 million are potential voters in the November 2020 presidential election News18.com Last Updated: September 11, 2020, 1:51 PM IST FOLLOW US ON:

Now, Biden supporters for US Presidential Elections 2020, want to tap onto the same emotion.

Democratic Party members have released a musical video remix of popular "Chale Chalo" song from the superhit Bollywood movie, Lagaan, to woo Indian-American voters ahead of the US presidential election.

"It is a warfighting song, drawing from the energy of Indian celebrations, inspiring our community to awaken and vote for Biden-Harris in November,” Bhutoria said after the video was released on various social media platforms on Thursday.

This is the second national Indian-American outreach video that the couple has produced to unite all South-Asians and people of Indian-origin to support Biden and Harris. Born to a Jamaican father and an Indian mother, Harris is the first Indian-American and first Black woman to be picked by a major American political party for the top post.

"The stakes of this upcoming presidential election could not be higher for the Indian American community, which is why our diverse community is united behind the Biden-Harris ticket. It is absolutely crucial that we make a show of force of our voting strength. The South Asian community can be the crucial margin of victory this November," she said.

Titli Banerjee said getting the right message across during elections through music has been a long held tradition in India.

“I am glad that I was able to contribute through my voice in recreating that experience and hope that the message to go out and vote for the future of America reaches all Indian Americans," she said.

Referring to the video, Bhutoria, who is also on the National AAPI Leadership Council and the National Finance committee for Biden for President 2020, said it presents the diversity of people in American community inspired by Biden''s vision of hope and change.

"We come from all ages, places and professions, but we are united in our passion for a candidate who represents our common values,” he said.

There is an estimated four million Indian-American population of which about 2.5 million are potential voters in the November 2020 presidential election

There are over six million South Asian voters and 1.3 million Indian-American voters in key battleground states, including Texas, Michigan, Florida and Pennsylvania.

Bhutoria claimed that over 80 per cent of the South Asians are supporting the Biden-Harris ticket.

“We believe that we (South Asians) can help power Vice President Biden and Senator Harris to victory,” he asserted.

The video outreach is supported by South Asians for Biden, Impact Fund, They SeeBlue, Indians for Biden National leadership council and several other South Asian organisations. It will also be shared by Asian Americans and Pacific Islanders (AAPI) for the Biden team, according to a media statement.

The video was created by Ritesh of Awesome TV.

“We wanted to make it simple, memorable, inspirational and awesome,” he said.