Cat Stuck for 2 Months in Storage Unit without Food or Water, Walks Out Like a Boss upon Rescue

Beverly and Paul Chapman's pet cat Monty was in the habit of straying. But the couple got worried when he didn't return after weeks. 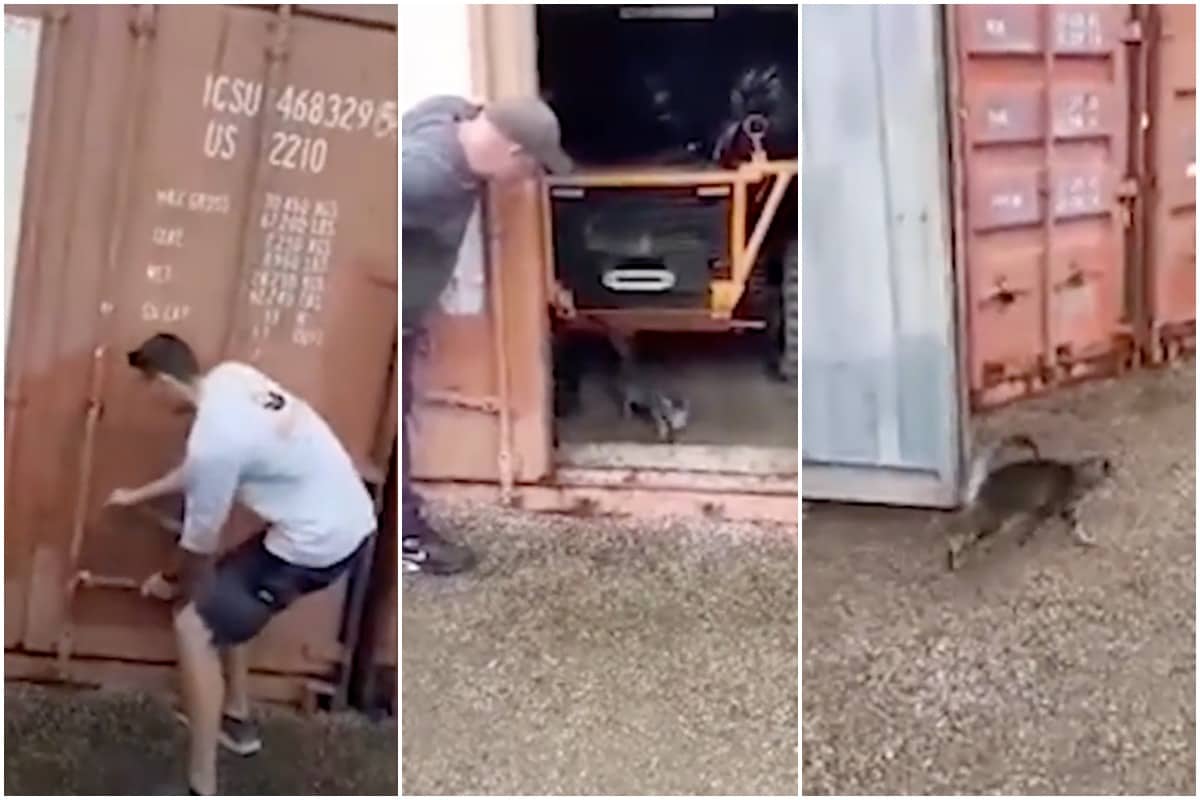 A cat survived after spending two weeks locked without food or water inside a storage unit | Image credit: YouTube

Beverly and Paul Chapman's pet cat Monty was in the habit of straying. But the couple got worried when he didn't return after weeks. Trending Desk Last Updated: September 11, 2020, 3:51 PM IST FOLLOW US ON:

A story of a cat who survived for two months without food and water has gone viral on the Internet. What happened was that the feline got locked in a container and it is believed to have survived by eating spiders.

According to a report in Metro, Beverly and Paul Chapman of Cornwall are the owners of the cat, named Monty. Initially, when their pet disappeared, they thought it would have gone to someone’s home in the neighbourhood as it had a habit of roaming freely. Besides, Monty sometimes get into people's cars and lorries and loved spending time at a local store.

However, they grew concerned when their neighbours informed them that they had not seen the feline.

As their efforts of finding the pet in their local area proved futile, they took to social media to appeal to people to share the whereabouts of their cat. The couple also stuck up posters in their neighbourhood.

They were getting more worried as they did not receive any information about Monty in the first few weeks. The couple had lost all hopes of finding their pet when they did not get to hear anything about it even after seven weeks.

Beverly then decided to return to normal life. But, the day she resumed work at the office, she got a message from a friend telling her about the whereabouts of the feline.

She got to know that her cat was locked in a shipping container by mistake which was at a distance of just 200 metres from her home. As soon as the couple located Monty, they rushed to bring her back home.

A video of the cat being released from the container is doing rounds on social media. The clip was shared by a user on YouTube with the name, Viral Home.

Putting out the video, the user wrote, “Trapped inside a metal container for almost two months, this is the moment Monty the cat is rescued after his faint cries were heard by workers on an industrial estate.”

The video has been winning hearts on social media.