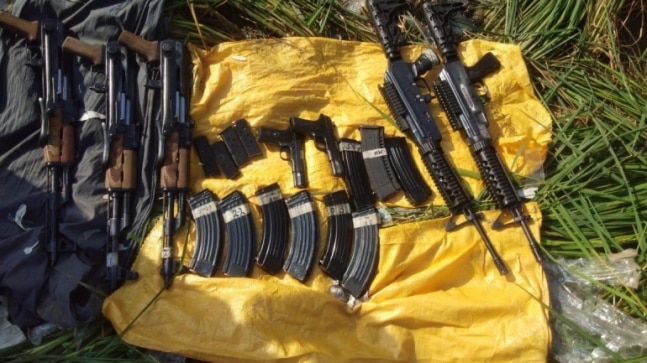 The BSF seized a weapon consignment at a border outpost in New Gazniwala in Punjab around 7 am on Saturday.

The Border Security Force (BSF) seized a weapon consignment at a border outpost in New Gazniwala in Punjab on Saturday.

The official said that on Saturday around 7 am, a yellow-coloured plastic bag, adjacent to zero line track (own side), was found along the India-Pakistan border in Abohar in Ferozepur district of Punjab (New Gazniwala outpost).

On searching, another similar bag was found approximately 2 metres away from the spot where the first weapon consignment was recovered. Three AK-47 were found from the second bag.

The search operation is still on.