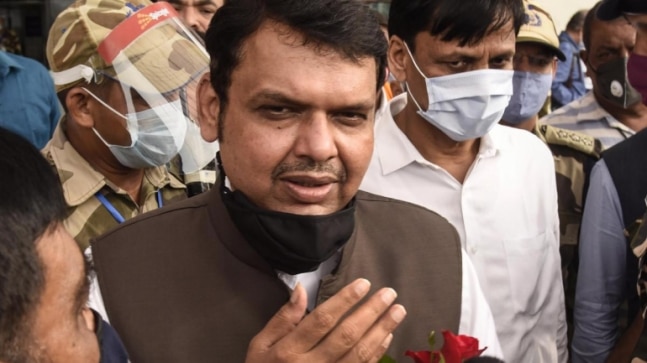 Devendra Fadnavis, former chief minister of Maharashtra said on Saturday that the attack on a retired Naval officer in Mumbai was an act of "state-sponsored terror". The matter concerns one Madan Sharma who was assaulted by Shiv Sena workers in Kandivali over a cartoon he shared of Maharashtra Chief Minister Uddhav Thackeray on WhatsApp.

Addressing reporters in Bihar's Ara, Fadnavis said, "What happened is very wrong, this is a kind of state-sponsored terror. As I did through my tweet yesterday, I call upon the Chief Minister to stop this gunda raj".

Fadnavis also pointed out that six people were arrested following media's coverage of the incident. However, all of them were released soon after on surety bonds of Rs 5,000 each.

Madan Sharma, the retired Naval officer who suffered an eye injury as a result of the assault has demanded security from the Maharashtra government.

"They can harm my children, my family and me. So I request the Chief Minister to provide security to my family and me. All workers and organisations of Uddhav Thackeray ji should seek apology from the entire nation, that such incident does not take place again with anyone else," Sharma told reporters.