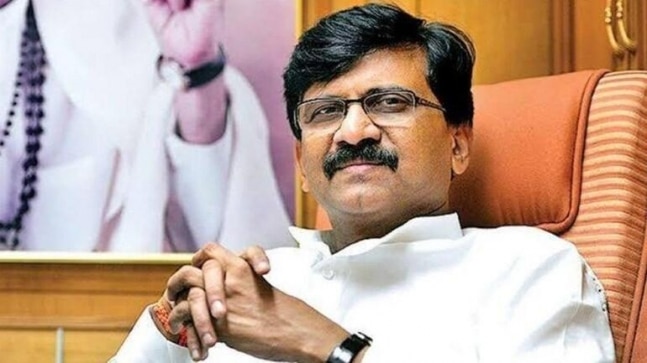 The Shiv Sena on Saturday said the attack on a former Indian Navy officer by some Shivsainiks in Mumbai was a "spontaneous" and "angry" reaction after the veteran shared a "derogatory" cartoon on Chief Minister Uddhav Thackeray.

Issuing a statement, Shiv Sena's Chief Spokesperson Sanjay Raut said, "There is rule of law in Maharashtra. No one who takes law in to their hands will be spared. This is the policy of Uddhav Thackeray."

Speaking about the attack on the Navy veteran, Raut said, "He had circulated a cartoon of CM which was derogatory in nature. The attack was an angered and spontaneous reaction by Shivsainiks. The attackers were arrested immediately and legal action was taken."

Terming the opposition BJP's reaction as "unfortunate", Sanjay Raut said it is "politicising the issue".

"Restrain should be from both the sides. While criticising those on constitutional post like the PM, President, Governor, or CM, if derogatory remarks are made under the name of freedom of expression, then people tend to lose control. Everyone should behave responsibly. The Opposition should also see to it that law and order is maintained," he said.

On the other hand, earlier in the day, former Maharashtra Chief Minister Devendra Fadnavis said the attack on a veteran suggests it was an act of "state-sponsored terrorism".

Defence Minister Rajnath Singh too called by the retired navy officer to know his wellbeing.

On the other hand, a day after being assaulted by Shiv Sainiks for allegedly forwarding a cartoon lampooning Maharashtra Chief Minister Uddhav Thackeray, the retired Navy officer on Saturday demanded the CM apologise to him and the country.

The retired officer, Madan Sharma, said Uddhav Thackeray should quit his post if he was unable to uphold law and order in the state.

Sharma was roughed up and slapped at his residential complex in suburban Kandivali on Friday morning.

The six accused, who were charged under section 325 of the Indian Penal Code for causing grievous hurt as well as rioting sections, were given bail on Saturday.

ALSO WATCH | Navy veteran beaten up by Shiv Sena workers: Has Sena gone back to being a 'Gunda' party?