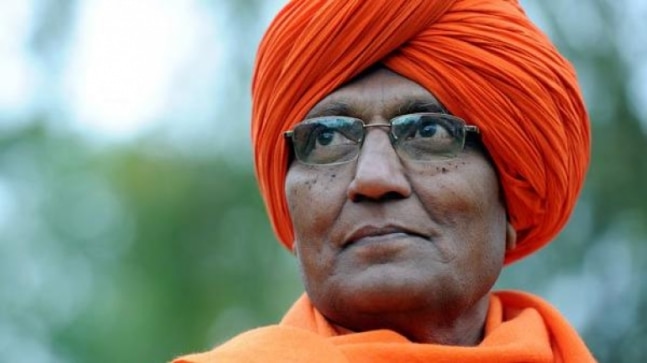 Renowned Arya Samaj leader Swami Agnivesh died on Friday. He was suffering from multiple organ failure due to liver cirrhosis.

Swami Agnivesh, a renowned Arya Samaj leader and social activist, passed away on Friday due to multiple organ failure. He was being treated for liver cirrhosis at the Institute of Liver and Billary Sciences (ILBS) in New Delhi. His condition had been critical and he was on ventilatory support since Tuesday.

"On Friday, his condition deteriorated and he went into cardiac arrest at 6:00 PM. Resuscitation was attempted but the stalwart passed away at 6:30 PM. ILBS joins the country in mourning the loss of this beloved leader," the hospital said in a statement.

The mortal remains of Swami Agnivesh will be kept at his Jantar Mantar residence from 11 am to 2 pm for Antim Darshan. The last rites will take place in Gurugram at 4 pm on Saturday.

Swami Agnivesh, who would have turned 81 this month, had started his career as a lecturer as St Xavier's College in Kolkata. He later practiced law as a junior to Sabyasachi Mukherji who later would become Chief Justice of India.

But he was best known for his work against bonded labour through the Bonded Labour Liberation Front, which he founded in 1981.

Swami Agnivesh served as the president of the World Council of Arya Samaj, which is the highest international body of the Arya Samaj movement originally established by Dayanand Saraswati in 1875, between 2004 and 2014.
He also served as the chairperson of the United Nations Voluntary Trust Fund on Contemporary Forms of Slavery from 1994 to 2004. He was also associated with the India Against Corruption led by Anna Hazare.

Agnivesh was elected as a member of the Legislative Assembly of Haryana in 1977, and served as a cabinet Minister for Education in 1979.

Swami Angnivesh was in last in news in 2018 for being heckled several times by the workers of the Bharatiya Janata Party (BJP), Rashtriya Swayamsevak Sangh (RSS) and the Vishva Hindu Parishad (VHP). The right-wing outfits were upset with Agnivesh due to his alleged support to Christian missionaries in Jharkhand and his comments on the beef controversy.