Akshay Kumar Turns 53. Hera Pheri to Bhool Bhulaiyaa, Here are 5 Times the Khiladi Made us Laugh

Akshay Kumar has delivered numerous comedy films in his acting career, here are a few of his best funny characters. Have a look. 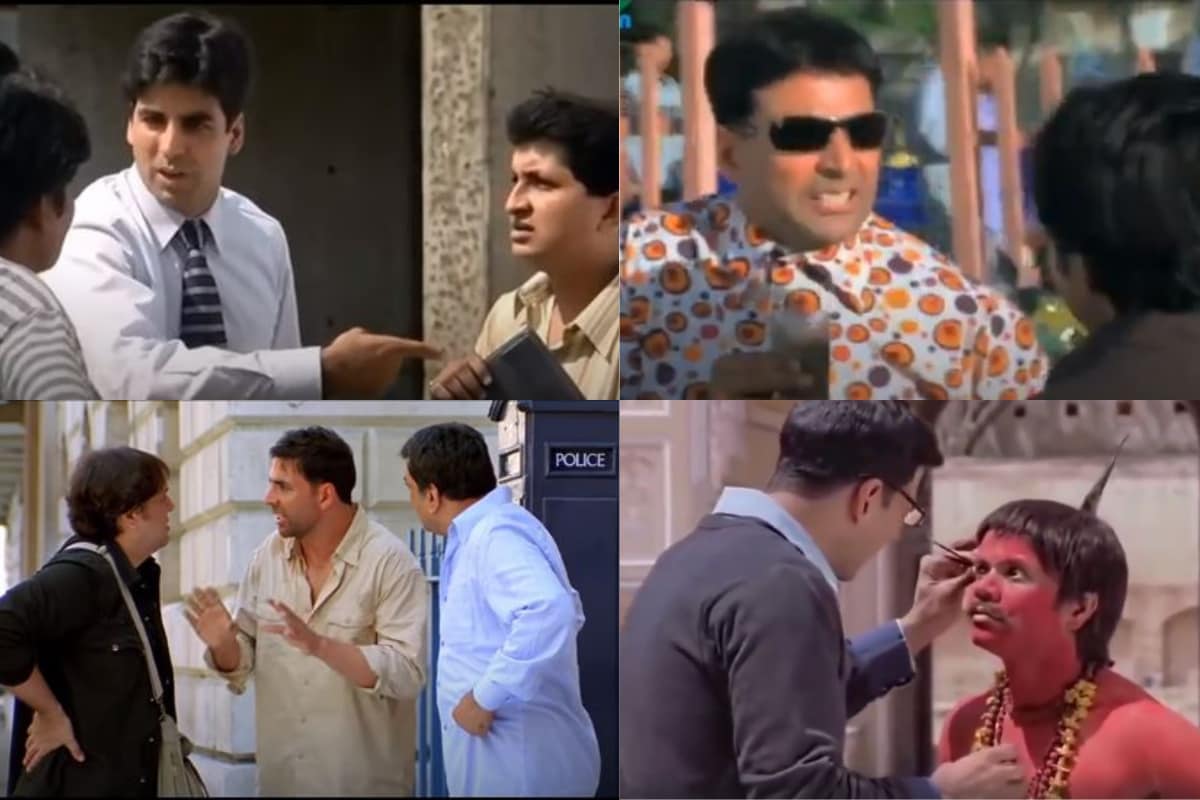 Akshay Kumar has delivered numerous comedy films in his acting career, here are a few of his best funny characters. Have a look. Trending Desk Last Updated: September 9, 2020, 12:05 PM IST FOLLOW US ON:

Akshay Kumar, the actor who has a three-decade-long successful career in Bollywood, turns 53 today. At one point, the superstar was only known for his roles in action movies. But Khiladi Kumar removed the action hero tag by venturing into the genre of comedy films and tickled funny bones of his fans. Let us take a look at some of his funniest scenes.

In one of the funniest scenes from this comedy-drama, directed by Priyadarshan, Akshay’s character can be seen conning his on-screen mother, Sulbha Arya. He pretends to be rich and successful and has hired people to support his lie. One person can be seen going overboard while faking that Akshay is rich. Akshay asks his driver to pay up the man for his actions and says, 50 rupaya kaat overacting ka (deduct Rs.50 for overacting).

This scene is from the sequel of hit comedy Hera Pheri. In the scene, Akshay Kumar is telling Rajpal Yadav that he has a scheme that can double Rajpal’s money. When Rajpal is seen expressing shock and raising his voice a little, Akshay pulls his hair and says, Zor Zor se bolke sabke scheme bata de.

In this scene starring Akshay with Paresh Rawal and Govinda, the three are planning to escape to India from London. When Govinda asks how much time it could take them if they decide to walk to India, Akshay comes up with this humorous come back.

In this thriller-comedy, Akshay plays the role of a psychiatrist. In this scene, Akshay is roaming around his friend’s home, trying to find the person who is getting psychotic episodes. He encounters Chandu and starts interrogating him. Akshay’s questions to Chandu are hilarious and one can’t stop chuckling while watching the scene.

Although the movie directed by Ashish R. Mohan received mixed reviews by movie lovers, this hilarious dialogue became memorable. While talking about his on-screen lady-love, Asin, Akshay says that he will succeed in all the tests that come his way, even his blood test.

Aren't these too hilarious, Tell us!