Was the piglet real or CGI? The viral video has left many questioning the veracity of the incident. 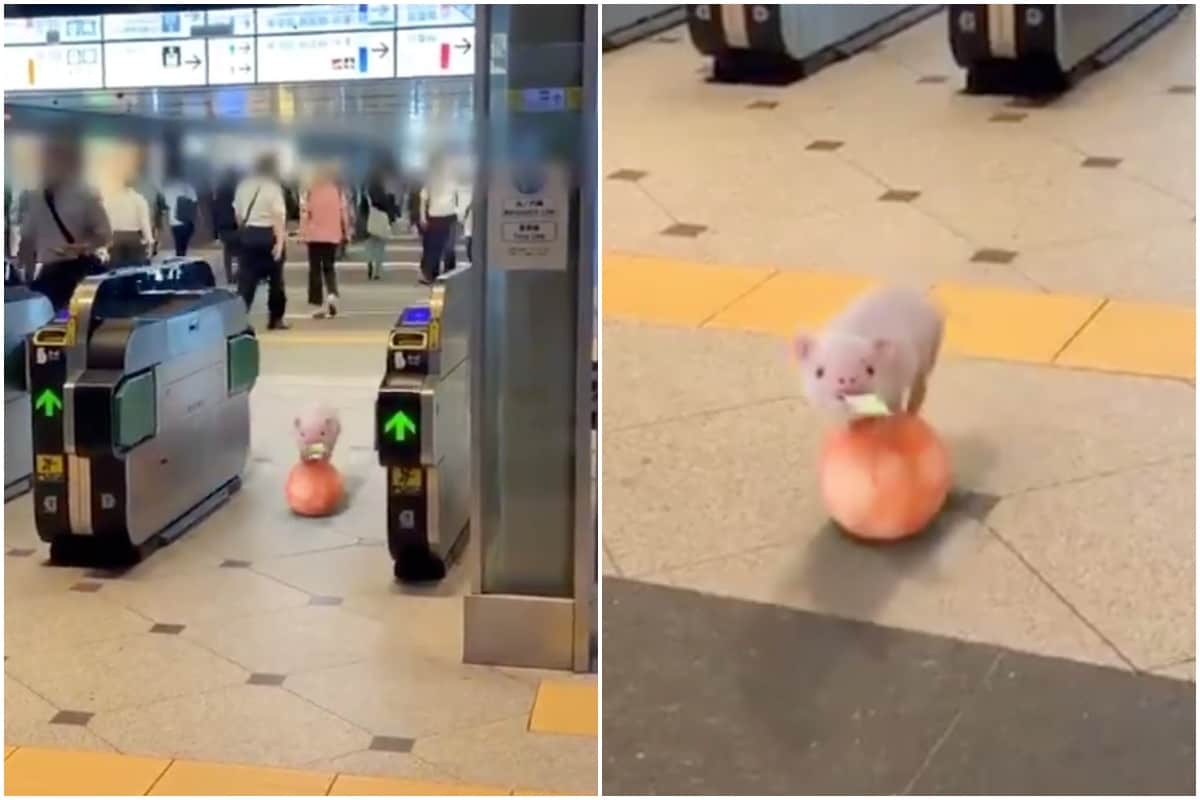 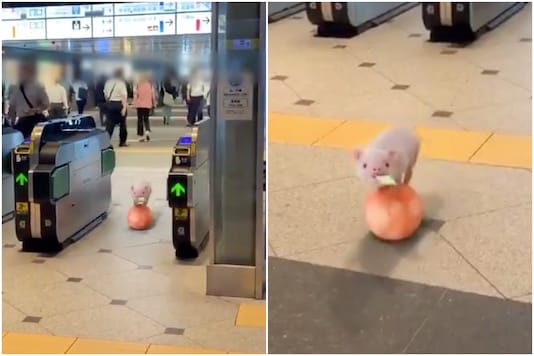 A video of a piglet is going viral on social media | Image credit: Twitter

Was the piglet real or CGI? The viral video has left many questioning the veracity of the incident. Trending Desk Last Updated: September 11, 2020, 3:34 PM IST FOLLOW US ON:

Various animal videos do the rounds on Internet every day. Netizens have a habit of sharing interesting videos and pictures on social media. One such netizen has shared a video in which a piglet can be seen casually moving past an AFC gate at a metro station while balancing itself on a ball. The nine-second clip also shows the animal holding a ticket in its mouth.

The surprising thing in the clip is even as the piglet is rolling on the ball, nobody is paying attention to it. Everyone is seen going about their business as usual at the station.

Sharing the video on Twitter, a user with a name @micropig_Pinky wrote in Japanese, which translates to, “Outing Pinky, the first Tokyo station!.” The translation was done by The Indian Express.

However, the bio of the Twitter profile reveals that the piglet is not real, but computer-generated imagery.

“It is a virtual micro piggy Pinky! Pinky is a special pig, so please do not imitate other animals,” says the bio.

The video has gone viral as it has garnered more than 12 million views and over 12K likes.

Responding to the post, a user said that it is disheartening to see that people think it is real, while it is CGI.

Another person said it was disturbing that people couldn’t see it is CGI.

The amount of people without the ability to see this is obviously CGI is deeply disturbing...

He has a ticket. What's your problem?

Another video of a piglet has been uploaded recently from the same profile. In the clip, it is seen eating something sort of Gems balls. Behind the piglet, there are three balloons. A line appears in the video, which reads, “I bought a lot.”

The clip has received more than 32K views and over 1K likes in less than 24 hours. Netizens have also flooded this post with comments. A user even asked if the piglet has an Instagram account.